Corrinna has been a teacher of dance at Bonnie Lindholm School of The Dance as well as studios and conventions across the country since 1985. Including Joe Tremaine conventions and studios, and Al Gilbert Conventions and Studios in Hollywood California. In addition she has also worked professionally as a dancer, model and choreographer racking up a list of credits. While attending the Chicago Academy for the Arts High School, she donned Marshall Fields billboards and in store advertising, she also appeared in the “Rappin’ Together video with the 1985 Bears including Walter Payton and William Perry. She went on to perform in the premieres of Disney’s “Lion King,” “Pocahontas,” “Hercules,” “Hunchback of Notre Dame,” and “Mulan.” She has performed in Industrials such as Reebok,  Busche Gardens with Tricia Yearwood, and ISA Computer with “Blood Sweat and Tears.”  Corrinna has shared the stage with many other celebrities such as Carol Channing, Lorna Luft, Rita Marino, Tony Danza, James Earl Jones, Robin Williams, and Whoopie Goldberg, to name a few. She has choreographed for Wendy’s, Sports Illustrated, Limited Too as well as for Disney special events. For the past eleven years she has choreographed the opening number for the Emmy award winning “Miracle Mile Magic Lights Festival,” live on ABC, including artists such as “Mary Mary,”  “All Star Weekend,”  Debbie Ryan, Dove Cameron, Debbie Gibson, and “Plain White T’s.” She performed as a Radio City Rockette for 11 years. She participated in numerous media events with the Rockettes over the years, such as; 7 performances at

Heather has been dancing since the age of four years old, performing and competeing all styles of dance. She attended Oklahoma City University, where she performed in several shows including "Home For The Holidays," and "Broadway Revue." She graduated with a Bachelors degree in Performing Arts. Heather dances proffesionally with Chicago Tap Theatre. She loves being able to teach and share her life long passion for dance. 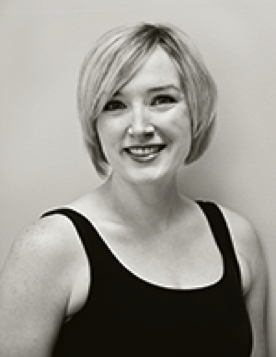 Owner and founder of Bonnie Lindholm School of the Dance in 1978.  Respected teacher of dance for over 50 years.  A master of all discplines. She toured the country as a principal ballet dancer, and so missed the joy of sharing her knowledge and love for dance with a new generation. She returned to teaching as a high graded teacher of Cecchetti and Russian Classical ballet. Many of her students have gone on to be professional dancers and or teachers. Including her own son Terry Lindholm, owner GO2Talent agency in Hollywood CA, representing over 800 dancers, and Daughter Corrinna Lindholm Stoner, Radio City Rockette.

She prides herself on creating a family atmosphere where students not only come to dance but feel at home and foster life long friendships.

Dan has been teaching for over 20 years which include conventions and studios throughout the country.  He has been around the world performing in such industrials as Obermeyer, Nike, Adidas and starred in LA Gear as the" Catapult Man,"with Jennifer Love Hewitt.  His TV credits include the series "Babes", "Bold and the Beautiful", national Reebok commercial with Sinbad and Burger King.  Worked on the 35th anniversary of Disneyland and Rose Parade.  He has been involved in gymnastics for 20 years, coached a division two college woman's gymnastic team to two state championships.

His versatility in dance and gymnastics exteneded his probabilities with directors, choreographers and studio owners, to work in many capacities.

5 Thanksgiving parades and a live performance on The Oprah Show. She also proudly appears on the cover of

Corrinna has studied all disciplines of dance all over the country, including Pennsylvania Ballet, New York City Ballet, Houston Ballet, Twyla Tharp, Chicago City Ballet, Gus Giordano, Al Gilbert, and Joe Tremaine. She is so thrilled to be able to bring her vast experience and training to her students every week. 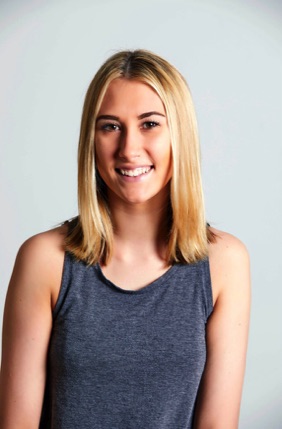 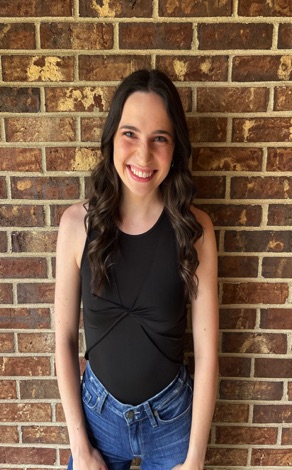 Stephanie grew up at the studio and only left us for a short time to attend Illinois State University. Upon graduating Summa Cum Laude, Stephanie is certified to teach Dance, English, and Health at the Secondary Education level. As a company member of Illinois State’s Dance Theatre from 2016-2020, Stephanie had the pleasure of performing pieces set by nationally recognized faculty and guest artists. Stephanie has danced in both competitive and concert dance settings. She has performed in venues including television, sporting events, community events, Disneyland/Disney World, and the American College Dance Association (ACDA) Gala Concert. But she enjoys her time teaching in the studio the most! As a teacher, Stephanie strives to inspire her student’s confidence while nurturing their talent!

Nina is going into her fifth year of teaching at the studio. She started dancing at 2 1/2 years of age and never stopped. Her credits include modeling for Discount Dancewear and for Marcea Lane Dancewear. She also apeared in the Leo's costume catalouge. She danced in a Cablevision Dance Pilot and has appeared 6 times live on ABC in the "Miracle Mile Lights Festival." Nina has danced in half time shows for the Chicago Sky, the chicago Bulls, the Globetrotters and Boomer baseball. She is currently touring and training with Master teachers on Tremaine Dance Conventions. We are very excited for all the new styles she will be bringing to our students this year. 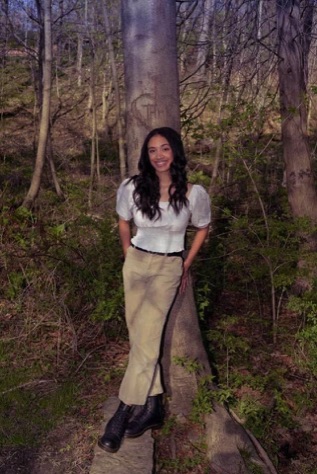 Isabella has been dancing since she was 2 1/2 years and has been teaching at the studio for 3 years. She has performed at Disney World, basketball halftime shows, and at the Magnificent Mile Lights Festival. In addition to performing, she was also a competitive dancer for several years, winning many top awards. Her experience also includes choreographing for Cary High School choir Fall Follies. Dance is her greatest passion and she loves being able to share it with the kids she teaches!